The University of Fort Hare is a public university in Alice, Eastern Cape, South Africa.
It was a key institution of higher education for black Africans from 1916 to 1959. It offered a Western-style academic education to students from across sub-Saharan Africa, creating a black African elite. Fort Hare alumni were part of many subsequent independence movements and governments of newly independent African countries.
In 1959, the university was subsumed by the apartheid system, but it is now part of South Africa’s post-apartheid public higher education system. It is known for its notable alumni, which include several heads of state and Nobel prize winners.

“Union Hall” at the University of Fort Hare.

Originally, Fort Hare was a British fort in the wars between British settlers and the Xhosa of the 19th century. Some of the ruins of the fort are still visible today, as well as graves of some of the British soldiers who died while on duty there.
During the 1830s, the Lovedale Missionary Institute was built near Fort Hare. James Stewart, one of its missionary principals, suggested in 1878 that an institution for higher education of black students needed to be created. However, he did not live to see his idea put into operation when, in 1916, Fort Hare was established with Alexander Kerr as its first principal. D.D.T Jabavu was its first black staff member who lectured in Latin and black languages. In accord with its Christian principles, fees were low and heavily subsidised. Several scholarships were also available for indigent students.
Fort Hare had many associations over the years before it became a university in its own right. It was initially the South African Native College attached to the University of South Africa. Then as the University College of Fort Hare associated with Rhodes University. In 1959, with the passing of the Promotion of Bantu Self Government Act, higher educational institutions would be strictly segregated along racial lines and saw Fort Hare becoming a black university in its own right in 1970, strictly controlled by the state government.

It was a key institution in higher education for black Africans from 1916 to 1959. It offered a Western-style academic education to students from across sub-Saharan Africa, creating a black African elite. Fort Hare alumni were part of many subsequent independence movements and governments of newly independent African countries. 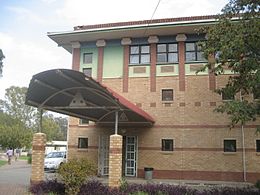 Several leading opponents of the apartheid regime attended Fort Hare, among them Nelson Mandela, Govan Mbeki and Oliver Tambo of the African National Congress, Mangosuthu Buthelezi of the Inkatha Freedom Party, Robert Sobukwe of the Pan Africanist Congress, Desmond Tutu, and others African country presidents Kenneth Kaunda, Seretse Khama, Yusuf Lule, Julius Nyerere, Robert Mugabe and Joshua Nkomo. Mandela who studied Latin and physics there for almost two years in the 1940s, left the institution as a result of a conflict with a college leader. He later wrote in his autobiography that “For young black South Africans like myself, it was Oxford and Cambridge, Harvard and Yale, all rolled into one.”
During the apartheid years, the school was nationalized and segregated along racial and tribal lines; blacks had previously gone to classes with Indians, coloureds and a few white students. It became part of the Bantu education system and teaching in African languages rather than English was encouraged.
After the end of apartheid, Oliver Tambo became chancellor of the University in 1991. 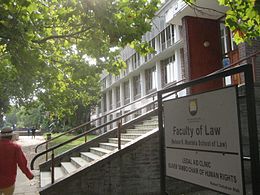 The University’s main campus is located in Alice, near the Tyhume River. It is in the Eastern Cape Province about 50 km west of King William’s Town, in a region that for a while was known as the “independent” state of Ciskei. In 2011, the Alice campus had some 6400 students. A second campus at the Eastern Cape provincial capital of Bhisho was built in 1990 and hosts a few hundred students, while the campus in East London, acquired through incorporation in 2004, has some 4300 students. The University has five faculties (Education, Law, Management & Commerce, Science & Agriculture, Social Sciences & Humanities) all of which offer qualifications up to the doctoral level.

Following a period of decline in the 1990s, Professor Derrick Swarts was appointed Vice-Chancellor with the task of re-establishing the University on a sound footing. The programme launched by Swarts was the UFH Strategic Plan 2000. The plan was meant to address the university’s financial situation and academic quality standards simultaneously. The focus of the university was narrowed and consequently 5 faculties remained: 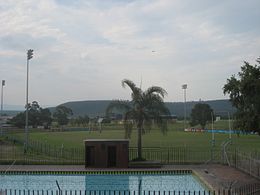 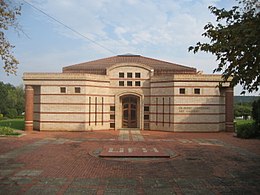 Further narrowing the focus, 14 institutes were founded to deal with specific issues, such as the UNESCO Oliver Tambo Chair of Human Rights. Through their location the institutes have excellent access to poor rural areas, and consequently emphasis is placed on the role of research in improving quality of life and economic growth (and especially sustainable job creation). Among the outreach programmes, the Telkom Centre of Excellence maintains a “living laboratory” of 4 schools at Dwesa on the Wild Coast, which have introduced computer labs and internet access to areas that until 2005 did not even have electricity. The projects at Dwesa focus research on Information and Communication for Development (ICD).
Incorporation of Rhodes University’s former campus in East London in 2004 gave the University an urban base and a coastal base for the first time. Subsequent growth and development on this campus have been rapid. Initial developments of the new multi-campus university were guided by a three-year plan; currently the University is following the new “Strategic Plan 2009-2016”, set to take the institution to its centennial year.